The answer to that is an emphatic yes.

There are multiple electrical gadgets in the kitchen that operate at high voltages. This makes them produce radiation in the form of EMF.

If you have been following this blog for a while you’d know just how passionate I am about EMF radiation.

Over the last couple of years, I’ve extensively written on the dangers of radiation, the harm it can cause, and how to protect ourselves and our loved ones from it.

I’ve covered every topic under the sun – from analyzing 5G radiation to reviewing top anti-radiation products (see more in the links below).

However, the one thing that I haven’t done enough of is talking about radiation with regard to our kitchen atmosphere.

I think we can all agree that each one of us spends a healthy amount of time in the kitchen and uses all sorts of fancy electronic gadgets in preparing our meals.

It is therefore prudent to know if the gadgets that we have in the kitchen produce EMF and can potentially harm us. In this article, we aim to do just that.

In this article, we talk about radiation emanating from the kitchen and take a closer look at two specific gadgets – induction cooktops and refrigerators.

I hope to analyze the workings of these gadgets and give you a better understanding of exactly how these gadgets produce radiation.

I aim to close this article by recommending some easy steps that you can take to protect yourself from these deadly radiations as well.

But do kitchens produce radiation?

The answer to that is an emphatic yes. There are multiple electrical gadgets in the kitchen that operate at high voltages. This makes them produce radiation in the form of EMF.

Some gadgets also produce other kinds of radiation like RF and ELF. We will take a closer look at those in the later parts of the article.

But yes, most kitchens emit a significant amount of radiation and it can be super harmful getting exposed to it if not managed properly.

The two most common gadgets that are the biggest culprits in emitting radiation are induction cooktops and refrigerators.

There are others too but none greater than these two. In the next section, we take a look at induction cooktops and how it has contributed to the overall EMF level in the kitchen.

What are induction cooktops and do they emit Radiation?

Induction cooktops are specialized cooking gadgets that are getting more and more popular every day. They are aimed at making cooking fun and easy experience since with induction cooktops, the cooking is often done faster and with little to no mess.

That being said, most people are completely oblivious to the dangerous levels of EMF that these cooktops actually produce.

These induction cooktops emit high levels of electromagnetic radiation when use and if exposed for long periods of time, it can be quite dangerous to our health and overall wellbeing.

You are at significantly high risk if you stand close to the cooktop regularly, although it can be significantly reduced by employing proper distancing and choosing to use anti-radiation products while cooking.

If you break it down to its simplest form, an induction cooktop is a stove that cooks your food by using electromagnetic energy. This is the same energy that is also employed by microwave ovens to heat our food.

Cooktops gained notoriety in restaurants and professional kitchens since chefs loved cooking in a stove that allowed them to use high heat and armed them with a sophisticated heating control.

They are also more energy-efficient since they can effectively warm up a utensil without heating up the whole cooking surface.

Also since there is no direct fire, you can work easier in front of an induction cooktop and not worry about wiping your head every five minutes.  This is primarily why it is such a bit hit with cooking professionals worldwide.

The safety of an induction cooktop

As you can imagine, the greater radiation you’re exposed to, the greater is your chance of developing a chronic condition as a result of that exposure.

If you don’t know too much about radiation and its effects on the human body, I would encourage you to check out some of my previously written articles below.

I’ve covered in-depth the risks of radiation, its effects on human beings, and the diseases we can contract as a direct result of that.

Coming back to induction cooktops, when they are used they emit out a massive amount of EMF radiation. Various studies confirm that the typical induction cooktop regularly exceeds the maximum limits of radiation that was set by the International Commission on Non-Ionizing Radiation Protection in 1998.

Therefore, if you are standing close to the cooktop, you are constantly getting exposed to a swathe of radiation that can do unprecedented damage.

Although radiation from induction cooktops tend to be quite low if you add some distance between you and the cooktop, this is often not possible since you need to be next to it while cooking food.

That apart, the utensil you’re using to cook your food in also works as an amplifier for the radiation and directly exposes your body to it. The utensil essentially becomes a conductor and so does your body.

Thus it is increasingly difficult to avoid radiation if you are using an induction cooktop in your home.

Protecting against radiation from induction cooktops

The best thing to do in order to protect yourself and your loved ones from radiation is to simply not use one.

That means either choosing to rent a home that doesn’t have one preinstalled or if you already have one of those, arranging to replace them with the natural gas variants or conventional electric stovetops.

Sure they won’t be as energy-efficient but they will be a whole lot better for your health and wellbeing since they don’t emit out any radiation.

If replacing your induction cooktop is not an option, you can alternatively invest in good quality anti-radiation products. There are several including t-shirts, blankets, and sheets that can be used to dampen the flow of radiation.

Alternatively, you can also use anti-radiation paint to paint the backsplash of your kitchen so that the majority of radiation gets absorbed and you’re not exposed to such high levels of radiation.

These days, everyone has a refrigerator. It has become such a ubiquitous part of our lives that it is difficult to imagine life without this wonderful gadget.

It provides a safe and solid way to keep our food items fresh by cooling them down below room temperature. This is especially beneficial since it not only allows us to store produce for longer periods of time but also allows us to keep our cooked food from going stale.

In order to achieve its cooling, refrigerators commonly generate EMF radiation. Like all radiations, this too can be harmful if not handled in the right way.

Back in the day, refrigerators used to be simple and mechanical. But with the advent of AI and things like IoT, even fridges are starting to get smarter.

More and more fridges are getting connected to the Wi-Fi system that allows the user to remotely control the temperature of the fridge as well as carry out a bunch of novelty acts like read the weather or suggest a recipe.

As they’ve gotten connected to the internet, they’ve begun to produce ridiculous amounts of RF radiation. That apart, the screen in front of the fridge gives out radiation on par with a tablet. Thus as you can see, the overall radiation signature coming from refrigerators is quite high.

The workings of a refrigerator – How It Works

In this section, we attempt to understand just how refrigerators work. Back in the olden days, these machines worked on Ammonia gas which was pushed through metal pipes to cool the insides of the fridge.

However, Ammonia was soon found out to be poisonous and thus it became extremely dangerous to use these kinds of refrigerators.

Scientific studies suggested Ammonia be replaced by Chlorofluorocarbons (also referred to as CFC) which it eventually did. CFCs were not poisonous like Ammonia gas but they were terrible for the environment since they broke down the Ozone and caused significant damage to the Earth’s ozone layer.

To overcome this, scientists came up with Tetrafluroethane (HFC) which is similar to CFC without the negative ecological impacts. This is the gas that most modern fridges use.

The mechanics of the fridge now push HFC through the pipes to cool the insides of the machine. Once optimum temperature is achieved, the thermocouple shuts off and stops pushing the gas to save energy.

Once it drops below the set temperature, the whole process starts back up again.

This action of pushing the gas through the pipes creates significant EMF radiation. When you add that to radiation generated by the fridge because of all the RF activity (whilst being connected to Wi-Fi), it is a significant amount of radiation that you’re getting exposed to.

The Radiation produced by a refrigerator

Thankfully, the fridges of today produce far less EMF radiation than of the yesteryears’. As the machines have become more sophisticated and energy-efficient, they are using less electricity to push the gas through the pipes and thus consequently producing less EMF radiation.

However, the scene is not so rosy when you consider smart fridges. These gadgets are connected to your Wi-Fi and are constantly emitting out and receiving RF radiation.

That apart, the huge screen on the front of the fridge also contributes to the higher level of radiation emission.

Thus if you are using one of those smart fridges, you are exposing yourself to a world of radiation that is quite truly needless.

How to deal with radiation from a refrigerator

The best way perhaps is to not opt for a smart fridge at all. Regular fridges work just fine and there is really no point in conversing with your fridge of all things!

Chuck the smart one and get yourself a regular top of the line fridge that won’t swamp you with radiation.

If that is not an option then the best thing would be to place the fridge in an isolated corner in the room and go near it minimally.

Remember, every time you go near it, you increase your chances of contracting a deadly disease. It is just not worth the risk.

If replacing your smart fridge is difficult at the moment then please invest in some good quality anti-radiation products like blankets and t-shirts. You can wear t-shirts at home if you need to work near your fridge.

Else you can cover the gadget up with an anti-radiation blanket to make sure that no radiation is leaked out to your home environment. 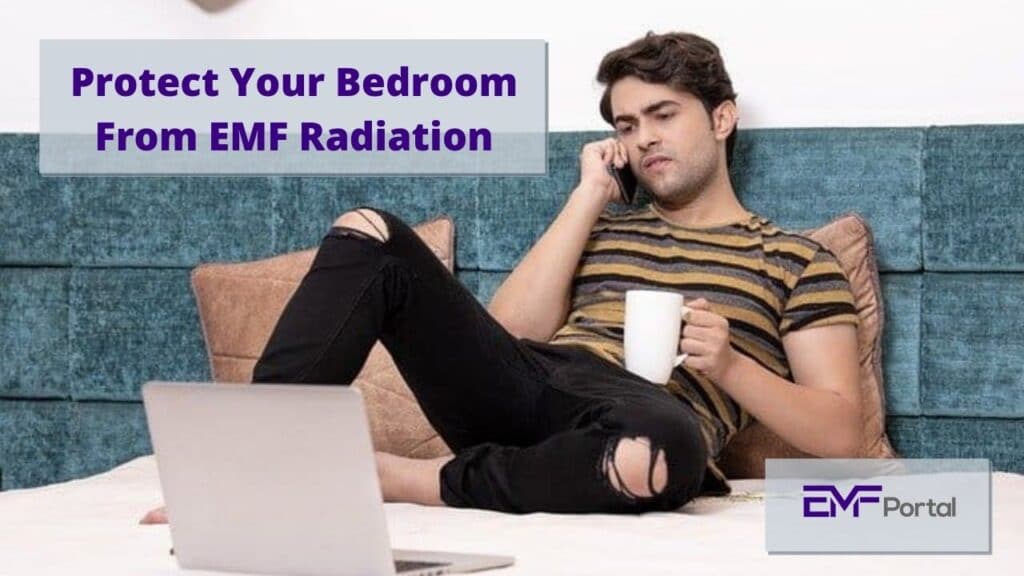 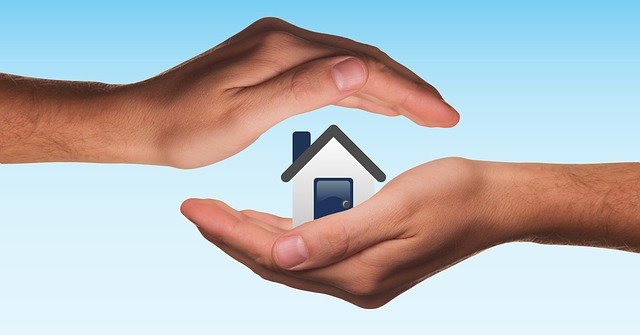