Cellphones are a major source of EMF radiation and have increasingly started to affect our quality of life and wellbeing in the long term.

On this website, I often talk extensively about cellphone radiation and its effects on us. I also focus quite a bit on discussing possible recourses we can take to safeguard us from this health emergency.

However, what doesn’t get talked too much about is the nitty-gritty of cellphone radiation and how they vary with the brand.

Yes, they all emit radiation but the levels vary significantly when you consider the make of the phone.

For example, the iPhone that is manufactured by Apple gives out far less radiation than P-Series phones by Huawei.

That is because each of these phones uses different chipsets and other silicon components inside which actually alter the level of radiation that these phones emit out.

I’ve already written a comprehensive article covering radiation from Apple phones and ways to protect against it. Today, I am turning my focus onto the biggest smartphone manufacturer in the world, Samsung, and its range of Galaxy phones.

We will take a look at their radiation levels, the main frequencies they radiate out, and products that can actually stop the radiation from harming our bodies. Let’s begin.

My favorite Samsung radiation cases are:

The Galaxy range of phones from South Korean cellphone giant Samsung is probably the most successful cellphone lineup in the world at present. It is estimated that nearly 31.6% of the world’s cellphone using population use a Samsung phone.

The Galaxy is their marquee lineup, meaning they field multiple Galaxy phones each year with varying price points and features. The phones under this lineup range from basic functional smartphones to the uber-expensive and feature-rich flagship models.

Thus price points and quality of the materials used in manufacturing the phone differ starkly.

The Galaxy phones in general emit more radiation than a typical iPhone. This radiation is mostly in the form of EMF, RF, and ELF waves that can have implications on our health and wellbeing.

In the next section, we take a look at why the Galaxy series phones emit so much radiation and exactly what are the harms that can befall us if we were to expose ourselves to this radiation for longer periods of time.

The source of radiation in Galaxy phones

As I mentioned above, the Galaxy phones from Samsung emit significantly more radiation than a regular iPhone.

This is because Samsung sources all of its parts from different vendors who don’t necessarily have the same standards and practices when it comes to manufacturing phone parts.

Let’s take an example – on a regular iPhone, Apple manufactures everything from the battery to the chipset that powers the device. In the case of Samsung however, it sources the chipset from either Qualcomm or Mediatek.

Now, each of these companies has different ways of purifying and doping semiconductors.

What that means is that with the same phone model, radiation levels can vary starkly depending on whether the processor is from Qualcomm or Mediatek.

That aside, the battery too plays a huge part. Most Android phone batteries are massive and most manufacturers source batteries from third party vendors.

Although Samsung has a huge manufacturing arm for batteries and does meet some of its battery demands from its own inventory, those are made for the wide market and not optimized for any specific device. Thus the batteries tend to give out EMF and ELF significantly.

The third thing is the wireless receiver and transmitter. Samsung uses third-party vendors for this and again, depending on the vendor the level of RF radiation varies.

However, most such wireless units are programmed to emit out high levels of radiation just to be extra sure that no matter what model it is used on, the wireless and cellular connections stay on point.

As you can see, the Galaxy phones have some serious radiation problems. Granted the phones are awesome and feature some of the most sophisticated cutting edge technology, the risk of radiation is just too high.

So what should you do if you already own a Samsung device or were planning to get one? Read on to find out.

The solution to Samsung Galaxy radiation

If you have a Galaxy device or were thinking of getting one, I’m sure you’re questioning your decision. Well, fret not.

What if I told you that you can still enjoy the wonders of tech that Samsung offers without the risk of radiation exposure? Say hello to anti-radiation cellphone covers!

These are special types of covers that are built to protect the user from the harmful radiation emitted by your cellphone.

They look stylish, are lightweight, and super easy to use. These are made to block an array of harmful radiation from EMF to RF to ELF and microwave. For people who are enthusiastic about technology but don’t want to risk their wellbeing in the process, this is a perfect fit.

You can carry it around like a regular cellphone case and yet be assured that you are protected from the harmful radiation that is emanating from your cellphone.

I am an Android man through and through. Sure I have an iPhone as my daily driver but ever since I discovered Android back in 2014, I’ve been in love with the OS and the endless customization options it offers.

And over these many years, I’ve owned multiple Android devices the majority of which were from Samsung’s Galaxy lineup. Truth be told, if you look outside of Apple then the Galaxy phones are the only real alternatives available to the masses.

Thus I thought it was super important to bring this article to you today and introduce you to one of my favorite anti-radiation products of all time – the Samsung Galaxy EMF Protection + Radiation Blocking Case.

It is manufactured by DefenderShield, a legendary brand in the anti-radiation space, and promises to block up to 99% of all radiation originating from your cellphone.

The case is handcrafted to perfection and uses multi-layered state of the art radiation shielding tech that is guaranteed to provide superlative security. The quality of the product is phenomenal with a high-quality textured rubber interior and vegan leather exterior.

The vegan leather gives it a classy, sophisticated look whilst also providing resistance from scratches, stains, and water spills.

DefenderShield claims that the Samsung Galaxy EMF Protection + Radiation Blocking Case can block up to 99% of all radiation that is between the 0-10GHz ranges.

That is a massive bandwidth of radiation that it protects against. Even more impressive is that the bandwidth also includes 5G! The fifth generation of telecom technology promises to user unprecedented data speeds but with that, it also emits unimaginable levels of radiation.

This cellphone cover from DefenderShield promises to block all 5G radiation meaning when devices start coming out equipped with 5G, it will effectively protect you from its harmful radiation. This makes this product future proof and an absolute winner in terms of value for money.

This is designed for people on the go. Lightweight and durable, this is your perfect travel companion. What’s more, it can also double as a wallet with credit card pockets.

The inside part of the cover allows you to store money and credit cards so that you can have everything in one place and also protect your credit card from getting read by random card detectors. The wallet can even come off and be used as a standalone object which makes it even more valuable.

DefenderShield does not compromise on quality, which is why they test out each of these covers in an independent lab that is certified by FCC, the results of which are available on their website.

The countless reviews from buying customers also speak to their fantastic quality and dedication to customer service. If you’re still not convinced, they also offer a 30-day money-back guarantee so that you can buy the product with absolute peace of mind.

Using this phone cover is super simple and requires zero technical know-how. Just pop the cover onto your phone and you’re good to go. It creates a barrier between the phone and you and does not allow the radiation emitted by your phone to harm you in any way.

The brilliance of the design lies in the fact that although it blocks radiation from exposing to you, it still allows for cellular network connection. This is done to make sure that you still are able to get calls while being protected from all sorts of radiation.

I have personally used the Samsung Galaxy EMF Protection + Radiation Blocking Case for many years and absolutely love the kind of protection it provides.

It is a top-notch product from a top-notch brand. The protection it provides is truly second to none and the price point it is offered at makes it a deal you just can’t miss out on.

I love this product and wholeheartedly vouch for its quality. If you own a Galaxy device and are looking for an anti-radiation cellphone cover within budget, you can’t get a better deal than this!

Can I use my wireless charger to charge my phone while the DefenderShield cellphone case is on?

No, DefenderSheild products are made to block all radiation including EMF and RF that the wireless chargers emit.

Thus it would not work with wireless chargers. If you have to use your wireless charger, simply take the phone out of the case and put it in charge. Once it is done charging you can pop it back once more. 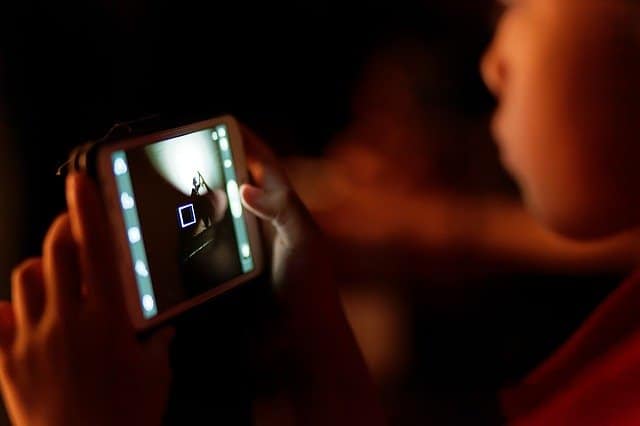 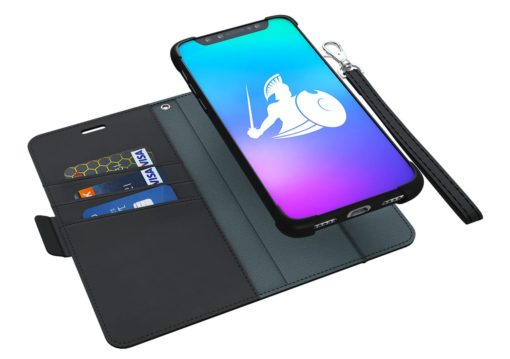